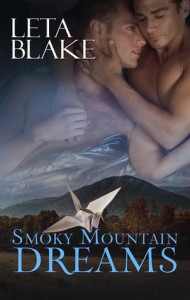 First of all, Matty, chapeau for reading this in one day!!!

Second, I’ll will refer more to Julie’s review because we really read this together…. And my gawd, did we struggle…… But we were adamant to finish this sucker!!!!

So, yesterday night at 2.30 AM , after 3 days and 424 ffff pages , Ms Blake thought that it was quite enough and there were no more pages!!!

That really pissed me off!!! You reckon after 400 pages, an author should be able to have enough time to deliver her readers closure…. There was so much unresolved, it still makes me want to smack something… And I’m not a violent person at all…

This book had such great potential.

Here we have a country singer from Nashville

I have a weakness for broken spirits.. So I was good with Christopher, been brought up in a broken home. His mother and farther divorced at a young age. His mother remarried with a homophobic-fanatic-bible-quoter-asshole. His whole life he has learned to make himself invisible and he yearns for someone to “see” him. He yearns for a family who would love him the way he is.

They meet when Chistopher walks into Jesse’s jeweler shop to have a jewel made for his grandmother.

Now, these guys were just a pair of horn dogs!!! They really loved sex. And dirty, kinky sex!!!

Did this bother me? Uuhm no….. That probably makes me a pervy-horn-dog as well?

Cause I was rooting for them boys!!!

”What do you see?” Jesse asked.
“Mountains, Trees, Sunset.”
“I see the prettiest heartshaped ass with the sweetest, hottest hole in the entire world. I’ve got a better view.”

“Don’t worry about it. Just let go and feel good, Chris. Open your hole up for me.”

And the pearl scene…. Damnnnn....
After reading this scene, you will never think the same again about your grandmother’s string of pearls….

A bit too much? Maybe…. But, hey whatever makes them happy!!!

I did not believe the whole bisexual thing with Jesse. I thought that Jesse was just gay… He never felt attracted to other women other than his wife Marcy. I had a lot of trouble with understanding him actually having a sexual relationship with her.

And obviously it didn’t work out for both of them. Jesse felt sexually unsatisfied and that did no good for their marriage…

Loved the kids!! Heartbreaking to learn that Bridget needed to fold 2000 crane birds in order to get her 2 wishes… She so wanted her mother back in her life!!
I loved Christopher’s role in helping Bridget.

’I’ll work with you on the cranes if you like. I’ll go into it with my heart set on you getting what you need most. I believe you’ll get what you need, even if it’s not what you want."

The whole book there was this disagreement between Jesse and his sister in law, Ronnie that Marcy was kept alive even if she was “severly brain damaged”. And after 424 pages you would think that there would be a solution… NOT

Finally my last big complaint is that this book was to loooonnnng.